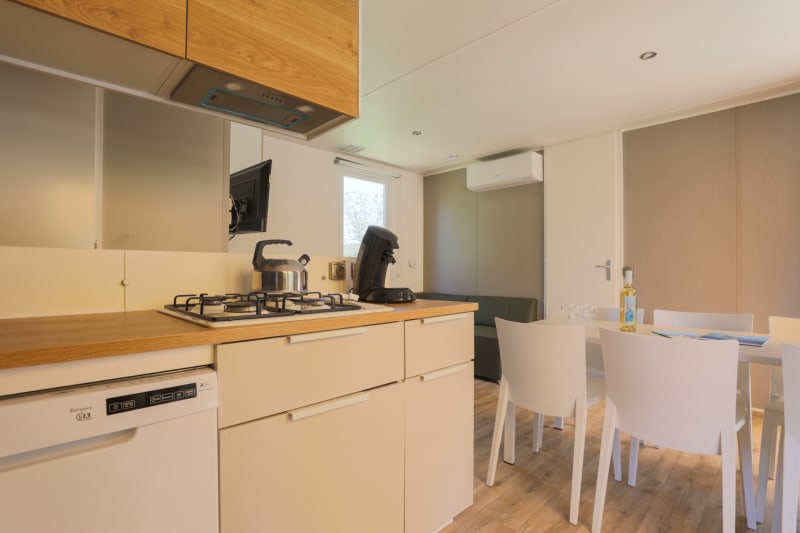 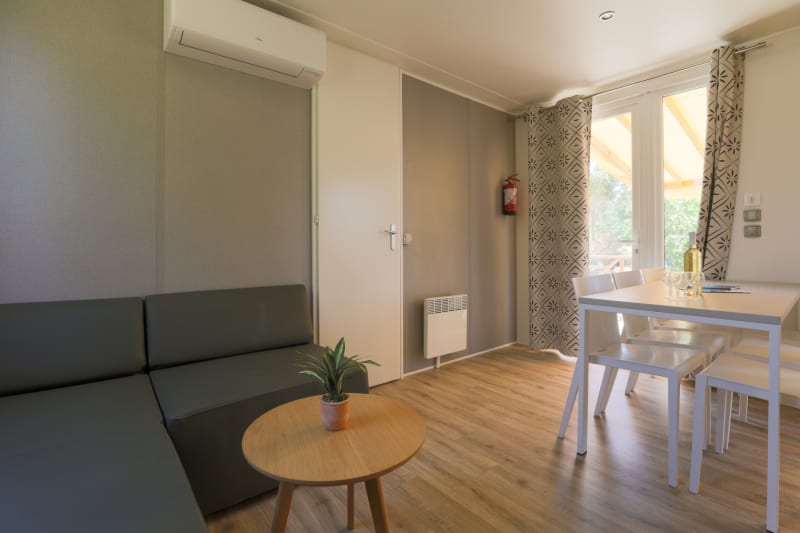 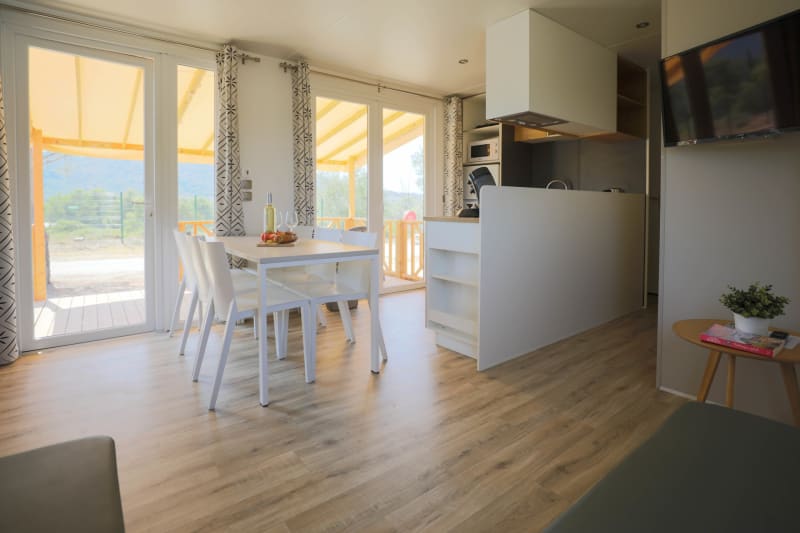 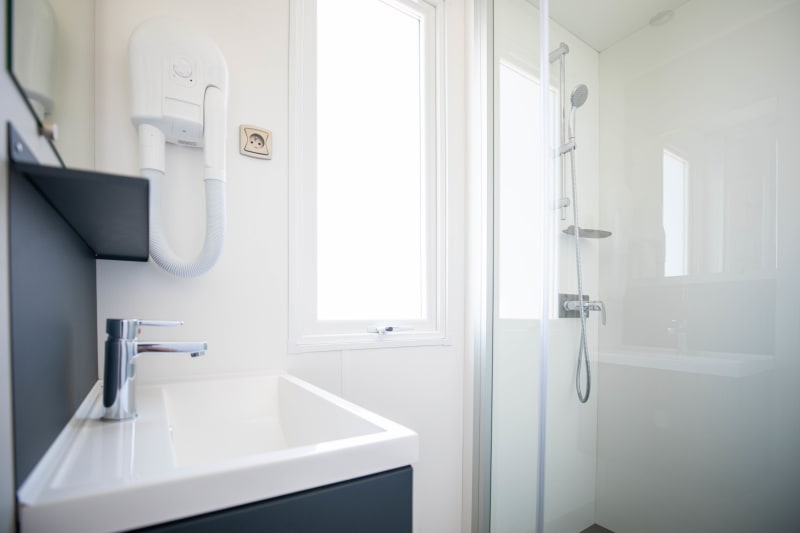 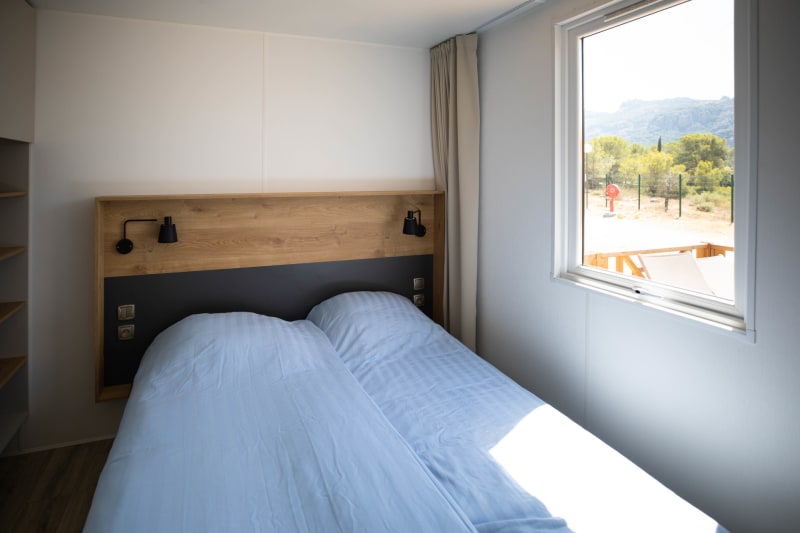 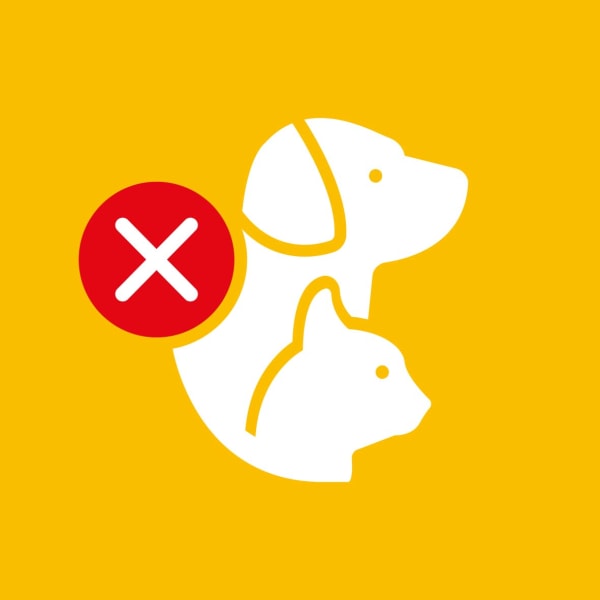 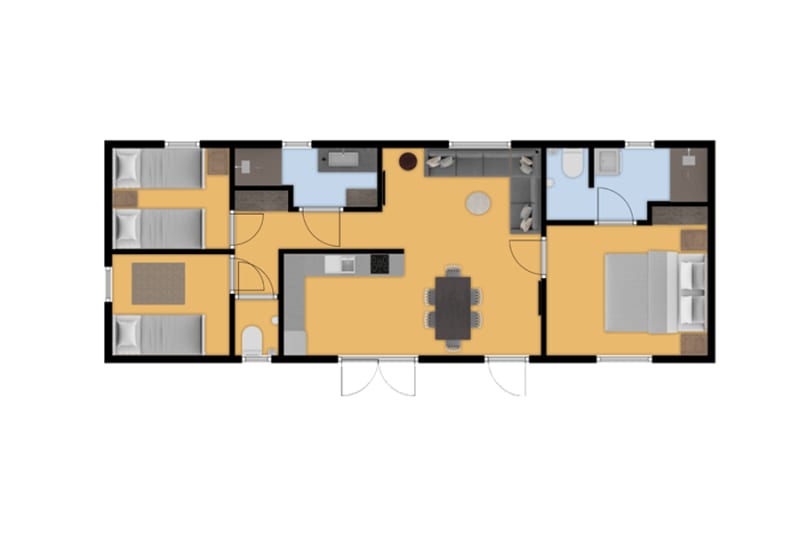 New in 2022 I 2 bathrooms
Description Facilities
Book your holiday in less than five minutes.

You will not finalize your booking until later!

This new six-person Grasse mobile home is equipped with every convenience, including two bathrooms. The furnishing is natural but luxurious and there is also air conditioning. These mobile homes are located in the French area and have their own gardens.

The living-room area offers a comfortable sofa and a dining table with six chairs. There is satellite TV offering English and international channels.

Two large French doors open onto a wooden veranda. There is also a TV.

There are three bedrooms, one of which has a double bed and an en-suite bathroom. The other two bedrooms contain two single beds per room. One of the beds in one of the rooms is a high sleeper. There are cushions and single duvets in both bedrooms. There is also room for a cot.

The bathroom in the large bedroom contains a shower, washbasin and toilet. The other bathroom has a shower and a washbasin. There is also another separate toilet.

There is a half-covered veranda. There are six chairs and two loungers on the terrace. There is also an electric BBQ. There is space for one car next to mobile home.

Miscellaneous
Smoking is not permitted in this accommodation. There is an electric radiator. Pets are not allowed.

Bathroom with shower and toilet

Special features
Smoking is not permitted